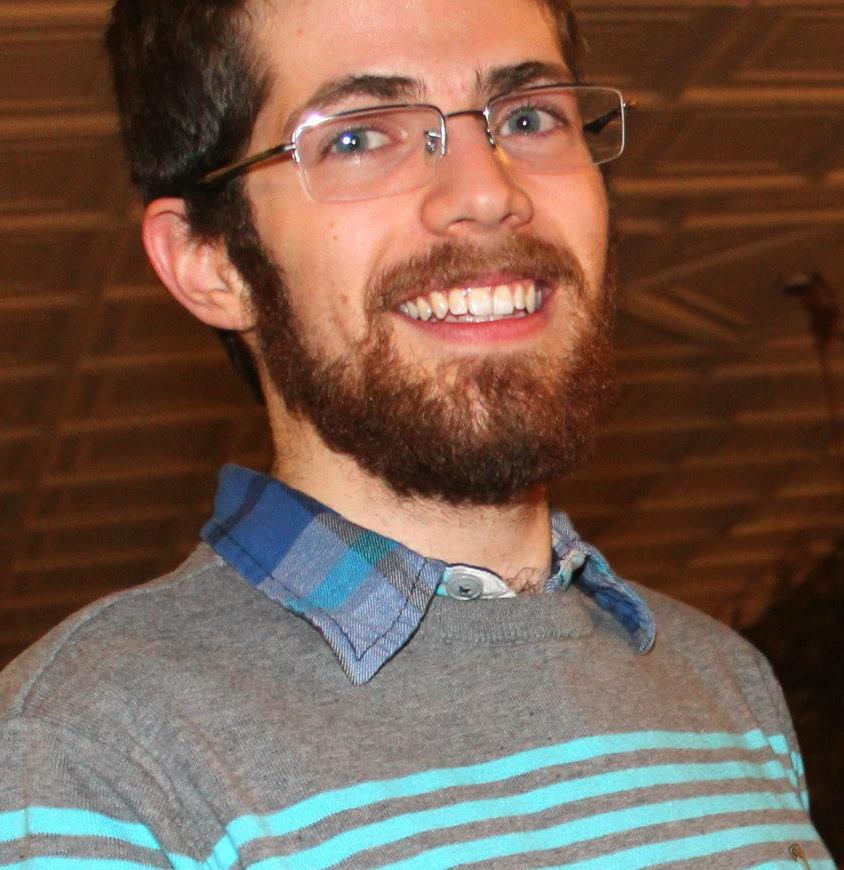 Our problem is: how can we let our machine learning model know that a feature is cyclical? Let’s explore a simple 24-hour time dataset. The time might be connected to temperature, or exits through a subway turnstile, or anything. But we want to convey its cyclical nature to our model.

First, we’ll generate some fake times. Since we’re only looking at where the time appears on a 24-hour clock, we can represent the times as seconds past midnight.

Seconds past midnight alone conveys no closeness between data that crosses the “split”. Here, the split is at midnight. 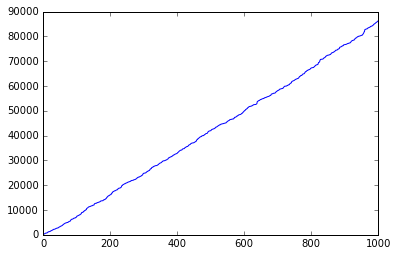 Notice that the distance between a point as 5 minutes before and 5 minutes after the split is very large. This is undesirable: we want our machine learning model to see that 23:55 and 00:05 are 10 minutes apart, but as it stands, those times will appear to be 23 hours and 50 minutes apart!

Here’s the trick: we will create two new features, deriving a sine transform and cosine transform of the seconds-past-midnight feature. We can forget the raw “seconds” column from now on. 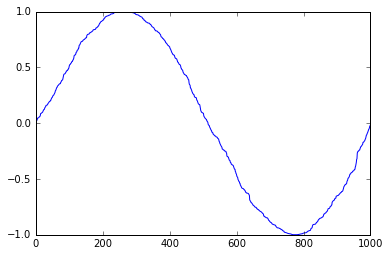 Notice that now, 5 minutes before midnight and 5 minutes after is 10 minutes apart, just as we wanted.

However, with just this sine transformation, you get a weird side-effect. Notice that every horizontal line you draw across the graph touches two points. So from this feature alone, it appears that midnight==noon, 1:15am==10:45am, and so on. There is nothing to break the symmetry across the period. We really need two dimensions for a cyclical feature. Cosine to the rescue! 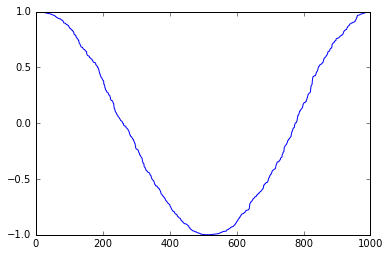 With an additional out-of-phase feature (cos), the symmetry is broken. Using the two features together, all times can be distinguished from each other.

An intuitive way to show what we just did is to plot the two-feature transformation in 2D as a 24-hour clock. The distance between two points corresponds to the difference in time as we expect from a 24-hour cycle. (I’m just plotting a subset of the data so we can see the individual points). 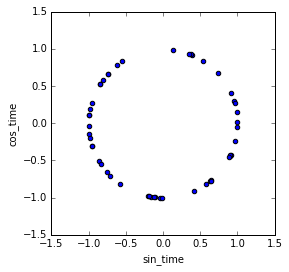 Voila! We can feed the sin_time and cos_time features into our machine learning model, and the cyclical nature of 24-hour time will carry over.